In this Open Briefing®, Terry and Ian discuss:
-  Rationale for selling 12 pct of Synerject
-  Implications for ongoing management/operations of Synerject
-  Planned use of funds for Orbital's growing systems business

openbriefing.com
Orbital Corporation Limited (ASX: OEC; NYSE Amex: OBT) recently announced an agreement with joint venture partner Continental Corporation to sell Continental 12 percent of Synerject for US$6 million ((A$5.8 million), reducing Orbital’s stake to 30 percent.  Given Synerject is your most profitable asset, why have you decided to further reduce your holding?

CEO Terry Stinson
The decision to sell a portion of our interest in Synerject was not an easy one.  As you know, I was a principal in the formation of Synerject and have a personal attachment to this investment.

The sale was primarily driven by the liquidity issues the Group was facing, as highlighted by the auditor’s “emphasis of matter” note in our 30 June 2012 annual report which explained the uncertainty of the Group continuing as a going concern as reported.

The Board carefully considered a number of fundraising options to address the liquidity issue.  Restructuring and cost cutting were considered, and as you can see from the recently released results, Orbital has significantly reduced costs.  As you can also see from the results, reducing costs reduces cash in the short term.  Reducing cost through a reduction in work force, our major expense, also potentially dilutes our ability to deliver our growth targets.

Selling assets other than our interest in Synerject was also considered, but the other assets at our disposal – our alternative fuel assets – are not liquid in the short term, and are a part of our overall strategy.  We also considered a capital raising, however were concerned about the dilutive effect that a (probably highly) discounted share issue would have on shareholders both in Australia and overseas.

We were fortunate that Continental, the one and only possible purchaser of Synerject shares, was interested in increasing its ownership level.

openbriefing.com
Will you retain any management or board influence over Synerject, given Continental will have a dominant, 70 percent stake post the transaction?

Continental has been a great lead partner in this enterprise over many years and continues to be a significant supplier of components to and operating manager of the business, for the mutual benefit of both parties.

openbriefing.com
As at 31 December 2012, Orbital had cash and equivalents of A$3.9 million, and you’ve indicated that you’ll have cash reserves of about A$10 million post the transaction, which will be used to support your growth aspirations.  What is your level of confidence that the returns you can get on such investments will be equal to or better than your returns from Synerject?

CFO Ian Veitch
As mentioned earlier by Terry, the decision to sell a portion of our interest in Synerject was primarily driven by the need to address our liquidity issue, as opposed to a pure return on investment decision.

It is appropriate to note however that the Synerject investment is a unique investment within an entity that we’ve never really controlled, and that we could not easily sell to any party other than Continental.  Ultimately Continental may itself want to be the 100 percent owner of the business; we just don’t know at this time.  Our Synerject investment may thus have a natural finite life because Orbital also needs to develop businesses it can control and manage to its requirements. There are fair and reasonable sale and purchase trigger mechanisms, which either party can activate at any time, as set out in the original joint venture agreement.

Orbital’s preference is to retain our stake; our objective is to continue receiving the benefits of owning a portion of Synerject through recognised profits and received dividends so long as we can, and if ever the time comes to sell, to ensure the best possible value for our share.

openbriefing.com
You’ve also modified your joint venture agreement with Continental to increase Synerject’s dividend distribution rate to 55 percent of profits, up from 45 percent currently.  If the new Synerject ownership and distribution structure applied to the FY2012, your cash dividend would have been A$1.3 million rather than the actual A$1.5 million.  Is the US$6 million upfront payment adequate compensation for the lost dividends?

CFO Ian Veitch
If you want to look at the sale of the 12 percent interest solely in terms of the loss of future dividends (at the present dollar amount) then I’d note that, ignoring the time value of money, we have collected 30 years of the decrement in dividends upfront.  The change in percentage of profits also serves to offset the loss of dividends we would have seen through a pure sale of shares in Synerject.

CFO Ian Veitch
In accordance with accounting standards, the remaining 30 percent interest in Synerject will continue to be reflected in the balance sheet at its historical cost, which at 31 December 2012 was around A$11.0 million.  The investment will not be adjusted to its implied fair market value, but will move to reflect our share of Synerject’s future profits after tax and our share of Synerject’s reserves less any dividends that we receive from Synerject.

openbriefing.com
Orbital booked net profit of A$0.15 million for the first half ended 31 December 2012, up from A$0.10 million in the previous corresponding period.  Following the injection of cash from the part-sale of your Synerject stake, what is the outlook for Orbital’s future profitability?

CEO Terry Stinson
We expect the proportions of revenue and EBIT from each of our business streams to be very similar in the second half and at this point we’re expecting a similar overall result in the second half.  This of course can vary on the positive or negative side, depending on market conditions.

The LPG business continues to be soft however we believe that it will be able to sustain operations similar to the first half.  We also expect Synerject to continue to perform well, as it did in the first half.  Our engineering consulting services business continues to struggle with the impact of the high Australian dollar, however there is continuing engineering work coming from the US, and as noted in the half year release, we’ve been able to redeploy resources into the systems side of our business.

openbriefing.com
As at Friday’s close, Orbital’s share price was 27 cents, down from 36 cents immediately prior to the announcement of the Synerject sale.  What feedback have you had from investors regarding the sale?

CEO Terry Stinson
Some of our shareholders have expressed their concern that we’ve sold down our most profitable asset.   Others have noted that we continue to sell assets to cover what they consider to be high costs within the business and stated that they’re worried that this will continue and we’ll deplete the cash generated by the transaction without generating profits.

As noted in the half-year narrative and at the AGM, we’ve made significant investments to change the business from consulting services to businesses targeted at sales of high value add products and systems with the goal of achieving sustainable reoccurring revenues, similar to the Synerject model.  Some shareholders have analysed our decision to sell the stake in Synerject and agree it was the best course of action for the business at this time.

We could not ignore the auditor’s “emphasis of matter” report, which also seemed to play into a lack of shareholder and market confidence in Orbital’s ability to continue operations from a liquidity perspective.  Based on the available options and the timing constraints, I believe we’ve made the right decision.

openbriefing.com
Thank you Terry and Ian.

DISCLAIMER: Orient Capital Pty Ltd has taken all reasonable care in publishing the information contained in this Open Briefing®; furthermore, the entirety of this Open Briefing® has been approved for release to the market by the participating company.  It is information given in a summary form and does not purport to be complete. The information contained is not intended to be used as the basis for making any investment decision and you are solely responsible for any use you choose to make of the information.  We strongly advise that you seek independent professional advice before making any investment decisions. Orient Capital Pty Ltd is not responsible for any consequences of the use you make of the information, including any loss or damage you or a third party might suffer as a result of that use.

Other Open Briefings in the Industrials Sector 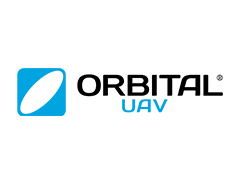